“Being a Christian is less about cautiously avoiding sin than about courageously and actively doing God’s will.”

During the month of heroes I challenge myself to pay closer attention to great men so when I realized February 4, 1906 was Bonheoffer’s birthday I paused to consider this great life. 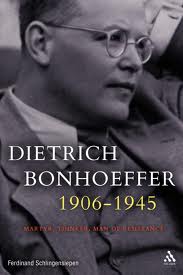 His life mattered and it still does because, he lived what he said in the opening quote, “courageously and actively doing God’s will.”