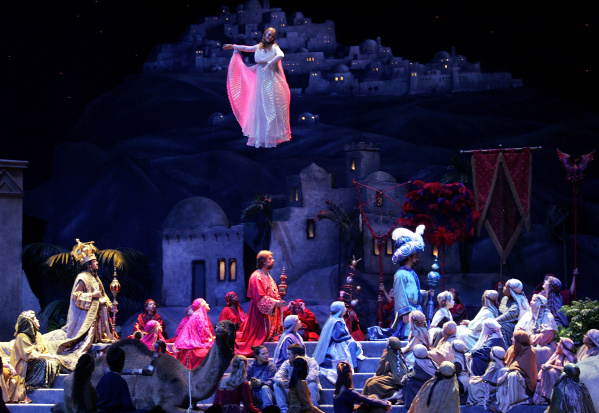 “And now the simple message of Christmas.”

That was a line at the bottom of a cartoon as spoken by the emcee at the Mega Church’s Christmas pageant.  In front of him was an audience of thousands, just beyond the full orchestra, and on the huge stage behind him was a 100+ voice choir and actors for every Biblical character in the first Christmas story.

While I am pleased with great portrayals of Christmas I am also struck at our tendency to create scenes that have little resemblance to the real thing.  One Christmas Eve, I put on a service that didn’t hit the grandeur I wanted, and I felt that it was a failure.  I measured it all wrong and missed what the message was.   Darrel had the wrong focus at the bottom of the 9th inning of the decisive playoff game with the Pirates.  We both wanted good things, but our perspective was distorted so we missed the main point.  Keeping the focus on the main thing is the main thing.