The previous posts reveal the difficulty of sitting on the bench. 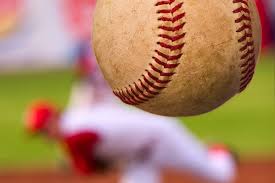 Now is the time for action and Darrel needed answers.  He was good enough to make it to the Big Leagues.  It is time to be courageous and ask the hard questions.  There are risks with questions.  You might not qet the answer you want or worse,  you might even get in trouble for asking.   Darrel took his chances.

(From pp 151, 2 in Welcome to the Big Leagues–Every Man’s Journey to Significance

“Cindy, the only way I’m gonna get in the game is if somebody breaks a leg,” he complained on a hot July morning. “I’m going to talk to Sparky and see if I can get some more playing time.”

The All-Star Game was July 24th. Sparky Anderson, the Red’s manager was the manager for the National League team and five Reds were All-Stars. It was not a good first-half of the season for Cincinnati. June 30th they were eleven games off the lead. Before the All-Star break, it seemed like a good time to talk to Sparky. He had said, “My door is always open,” so Darrel thought he might as well give it a try. It couldn’t hurt, could it?

What if Sparky decided Darrel was only whining and ought to count his blessings just for being on the team? If he didn’t think Darrel was any good, he could just release him to get him “out of his hair.” On the other hand, if that was his plan, it might be better to know it and try to get traded or start looking for a job with the city of Hammond.

Inside Riverfront Stadium, the players’ entrance was off the parking lot in the lower level. Just inside the entrance a large and comfortable lobby was available for players’ wives. The players would go through that lobby, then through a door which opened into a hallway which went into the locker room–official personnel only. The Manager’s office was on the left side of that hallway. The office was furnished with a desk, a conference table, an adequate amount of furniture with a few chairs and shelves, and his own shower and bathroom. He had a blackboard and a large bulletin board, utilized for planning and keeping his players focused.

Darrel did not have an appointment on Sunday, July 22nd, the last game before the All-Star break. Darrel was not in the line-up that day either. So, he mustered his courage and took the opportunity to speak to Sparky in his office.

The door was partially open and, showing appropriate respect, Darrel knocked. Sparky was sitting at his desk doing some paper work, probably working on his line-up or comparing his bull-pen to the Expos hitters. He was in his baseball uniform, Darrel was in his warm-ups. Sparky looked up from behind his desk.