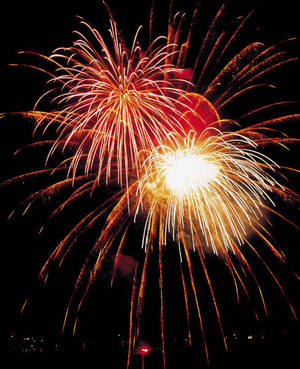 Fireworks in Atlanta! It was the fifth of July, 1976 for an 8:05 Braves game at Atlanta, Fulton County Stadium. Atlanta had been on the road for ten games—they won 5 and lost 5–and were home for the first time since June 24.

In Atlanta, July feels like summer and there is nothing like a short sleeve, balmy, southern night at the ballpark. The Braves were ready to play and the city was eager to finish their Bicentennial 4th of July celebration with the always fabulous fireworks display after the game.

During the off season Darrel was traded from the World Series Champions and the 108 wins, Cincinnati Reds, to the Braves who lost 94 games in 1975. Dave Bristol, the Braves manager made Darrel his everyday shortstop.

All of the 48,467 fans were accustomed to seeing the Braves lose and thought they were in for another night where the post-game show would give them their money’s worth. The perennial playoff Pittsburgh Pirates scored two runs in the third, one in the fifth and sixth and two in the seventh. The Braves managed just one run through seven innings. Darrel started the bottom of the eighth by striking out and Pete Varney followed him with a fly out.

It looked like the Braves were going to go out with a whimper, but that’s when the fireworks really began: that is, the ones on the field. Single, walk, walk, single, walk, single, wild pitch, walk. All of that means the Braves had batted around and scored four runs with three hits and four walks, all after two outs. Darrel was up to bat with the Braves down by one run. A base hit would tie it and potentially give the Braves the lead. An extra base hit would definitely put the Braves ahead. Darrel crushed it into the right field corner over Dave Parker’s head and it was off to the races. Fans jumped to their feet and screamed like crazy. One run scored. Darrel was rounding first and heading for second. Two runs scored. Dave was finally getting it chased down and Darrel reached second. Three runs scored. Darrel headed to third. The relay came to third, Darrel slid, and the runner was safe! Darrel hit a three-run triple and put the Braves ahead to stay.

Then, the happy fans could get ready for the other fireworks.

Special dates add meaning to the memories.  Birthdays, anniversaries, Christmas, the 4th of July and other holidays carve out a place in our brains.  What highlight in your life do you remember because it happened on a special day?